The A-Z of CEVA-powered products in 2017

2017 is set to be the most successful year in CEVA’s history, with record revenues and profits, and almost 1.2 billion CEVA-powered devices shipped. Below is an A-Z of some of the more interesting CEVA-powered products introduced this year.

is for ASUS Zenfone 4 Pro Smartphones Designed for today’s camera-obsessed consumers, these smartphones use our CEVA-XM4 vision DSP for outstanding image quality.

is for Bosch Vivato Me The Vivato Me is a portable monitor for FeNO concentration, designed to help improve peoples lives that suffer from asthma. Vivato Me is powered by our Bluetooth low energy IP

is for Creative Muvo 2c The Muvo 2c speaker takes portable sound to a new level thanks to our CEVA-TeakLite-4 audio DSP inside.

is for DJI Drones Amongst the many CEVA-powered DJI drones introduced in 2017, the Spark, the Phantom 4 Pro and the Matrice 200 all use our CEVA-XC DSP for long-range communications. 2017 was a big year for 360 degree cameras and content. Evomotion introduced a very impressive model based on dual CEVA-XM4 vision DSPs earlier this year.

is for FujiFilm GFX 50S Mirrorless cameras have become popular alternatives to DSLR devices today due to the phenomenal image quality they can capture using digital technologies. FujiFilm’s GFX 50S is just one of a number of new models powered by CEVA’s vision DSP.

is for an Unnamed Tier 1 Action Camera 🙂 Unfortunately they wont let us use their name or image, but let’s just say they’re well known, and their latest action camera is getting a lot of excellent reviews. There are multiple CEVA DSPs inside, too!

is for HiScene HiAR Glasses is for iPhone X This year saw Apple introduce two models of iPhone – the 8 and the much-anticipated X. If you bought one for AT&T, T-Mobile or any GSM operator worldwide, chances are there is CEVA DSP technology inside powering the modem.

is for JLab Party Speakers Not only do these speakers deliver awesome sounds thanks to the CEVA-TeakLite-4 audio DSP inside, these speakers can also link to each other to spread the sound around, both indoors and out! With a LTE modem and VoLTE voice powered by CEVA DSPs, the Karbonn K9 was specifically designed for India’s selfie-obsessed users. The first feature phone in India to offer VoLTE support, the Lava M1 went on sale earlier this year. It is powered by multiple CEVA DSPs.

is for Micromax Bharat 2 Smartphone The Bharat 2 is one of the most affordable smartphones from India’s Micromax. Offering full LTE and VoLTE capabilities, the Bharat 2 is a great device for under $40.

is for Nest Learning Thermostats First introduced with BLE inside in 2016, these learning thermostats are one of the first devices that truly marked the beginning of the smart home. CEVA’s Bluetooth low energy IP enables you to control these via your smartphone.

is for Oticon OPN Hearables

Oticon, one of the world’s leading hearable companies introduced the world’s first hearing aids with integrated Bluetooth this year. Thanks to the CEVA-powered Bluetooth low energy IP inside, now you can stream your TV or smartphone audio directly into the hearing aid – pretty revolutionary stuff.

is for Pocket Sprite The Pocket Sprite is a cool proof-of-concept, demonstrating how far miniaturization technology has progressed.

is for QMobile LT550 Smartphone From one of Pakistan’s leading smartphone brands comes the LT550, a sub-$100 LTE smartphone powered by CEVA DSPs.

is for Reliance JioPhone The JioPhone has revolutionized the feature phone, redesigning the classic candybar phone to operate on LTE networks. Targeting the 700 million subscribers in India who are still on 2G networks, the JioPhone offers these subscribers the chance to upgrade to LTE without having to pay more than a 2G phone. Powered by CEVA LTE and VoLTE DSPs.

is for Samsung Gear Sport Smartwatch As one of the world’s biggest smartphone and consumer electronics brands, there are too many CEVA-powered Samsung smartphones, wearables and consumer devices to include here. But for the sake of this feature, we’ve picked the Gear Sport smartwatch which uses our audio/voice DSP to allow you control your watch handsfree, just using your voice!

is for TomTom Touch One of many activity tracker in the market today powered by our Bluetooth low energy IP, the TomTom Touch Cardio + not only tracks your movements and heart rate, but also your body fat and muscle mass.

is for is for Ubiquitous Connectivity for the massive IoT Massive IoT is the term for the tens of billions of devices and objects that will require ubiquitous connectivity all over the world, even in the most remote of locations. Narrowband IoT (NB-IoT for short) is the technology standard that will connect billions of these devices to the cellular networks. ZTE/Sanechips recently announced the first commercial NB-IoT chipset, powered by CEVA and targeting wireless meters, eBikes, smart appliances, smart city, smart agriculture, and more.

is for Vivo X20 Plus The Vivo X20 Plus follows on from the X9S Plus that was introduced earlier this year, both of which include Vivo’s proprietary photography DSP technology based on our CEVA-XM4 vision DSP. Offering a professional mode which allows the user complete control over the camera features, the X20 Plus dual camera system is one of the best available in the market today.

is for wireless headsets and speakers… Too many to list! With many smartphones OEMs starting to remove the headphone jack, wireless headsets will become ubiquitious in the coming years. Likewise, every speaker will include Bluetooth or Wi-Fi in the coming years. More than half of the 200 million CEVA-powered Bluetooth chips in 2017 went into speakers and headsets! The Mi5C is Xiaomi’s first smartphone powered by its homegrown Surge 1 smartphone SoC. Powered by multiple CEVA DSPs, the Mi5C is a low cost LTE smartphone with exceptional build quality.

is for YAC Bluetooth Stereo Speakers OK, so finding an electronics brand beginning with Y is not too easy, (Yamaha, Yuneec are perhaps the most well-known) but these YAC speakers are something that you don’t come across too often – most Bluetooth speakers don’t play in stereo. Bluetooth 5 is expected to change this, but for now, these CEVA-Bluetooth powered stereo speakers are a rarity.

is for ZTE Macrocell Base Station Chips 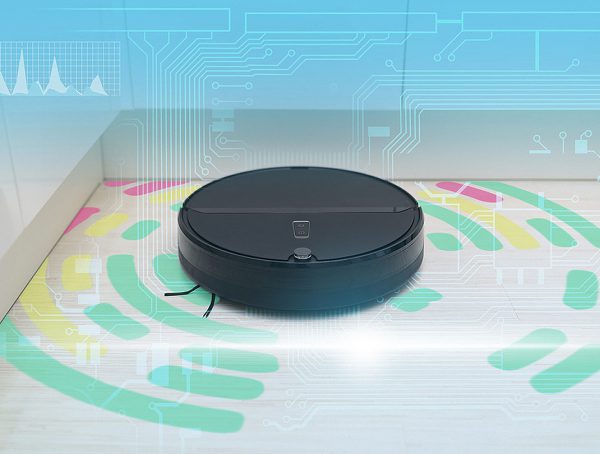 Robot navigation systems can be complicated to design — they need software algorithms, electronics, and mechanical components. They must be … 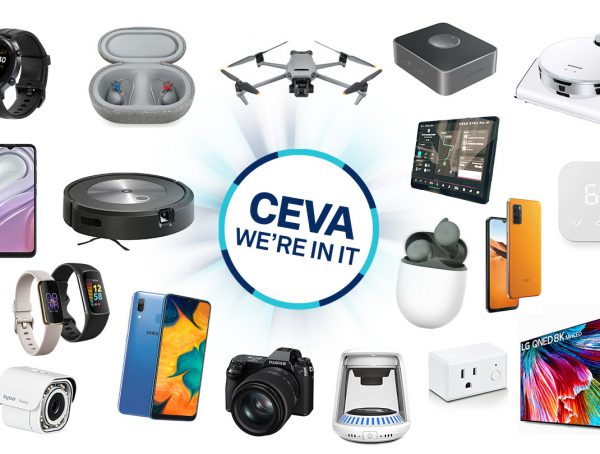 2021 was another stellar year for CEVA, with a record number of CEVA-powered devices shipped worldwide. Here are some highlights …