What is an IMU Sensor?

Weaving in between cars in a game on your phone, keeping a quadcopter drone afloat despite changing winds, vacuuming your house with a robot, and translating your precise movements when wearing a VR headset all have one thing in common. They each use sensors, specifically an IMU (Inertial Measurement Unit), in order to function properly.

Weaving in between cars in a game on your phone, keeping a quadcopter drone afloat despite changing winds, vacuuming your house with a robot, and translating your precise movements when wearing a VR headset all have one thing in common. They each use sensors, specifically an IMU (Inertial Measurement Unit), in order to function properly.

Before we look at IMUs in particular, let’s start more broadly. A sensor is an electronic device used in concert with other electronics designed to detect changes in an environment, such as light, sound or movement. The sensor then passes that information back to the electronic devices to which it is connected.

What can a sensor measure?

An IMU is a specific type of sensor that measures angular rate, force and sometimes magnetic field. IMUs are composed of a 3-axis accelerometer and a 3-axis gyroscope, which would be considered a 6 axis IMU. They can also include an additional 3-axis magnetometer, which would be considered a 9 axis IMU. Technically, the term “IMU” refers to just the sensor, but IMUs are often paired with sensor fusion software which combines data from multiple sensors to provide measures of orientation and heading. In common usage, the term “IMU” may be used to refer to the combination of the sensor and sensor fusion software; this combination is also referred to as an AHRS (Attitude Heading Reference System).

Where do you find IMUs?

Common applications for IMUs include determining direction in a GPS system, tracking motion in consumer electronics such as cell phones and video game remotes, or following a user’s head movements in AR (augmented reality) and VR (virtual reality) systems. This motion and orientation information also apply to maintaining a drone’s balance, improving the heading of your robot vacuum cleaner, and other IoT and connected home devices.

In industrial use, you may use IMUs to align and measure positioning of equipment like antennas. IMUs are also used to help maneuver aircraft, with or without a manned pilot. In the consumer airspace, some in-flight entertainment systems use IMUs in their remotes to add accessibility in addition to touch. A similar approach can be seen with LG Smart TV remotes which allow users to control the TV’s user interface with an intuitive point-and-click approach instead of directional buttons.

Future applications will likely see tighter integration and fusion of the IMU with technologies like GPS (Global Positioning System), RF (Radio Frequency), and LiDAR (Light Detection And Ranging), which will enable accurate localization of people, vehicles and equipment (including autonomous ones), both indoors and outdoors.

How does an IMU work?

An IMU provides 2 to 6 DOF (Degrees of Freedom), which refers to the number of different ways that an object is able to move throughout 3D space. The maximum possible is 6 DOF, which would include 3 degrees of translation (flat) movement across a straight plane/along each axis (front/back, right/left, up/down) and 3 degrees of rotational movement across the x, y and z axes/about each axis. 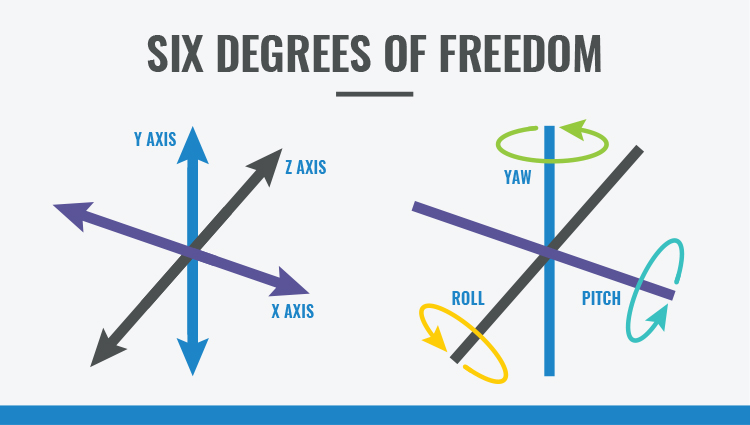 The raw data collected from an IMU gives some idea of the world around it, but that information can also be processed for additional insight. Sensor fusion is the (mathematical) art of combining the data from each sensor in an IMU to create a more complete picture of the device’s orientation and heading. For instance, while looking at gyroscope information for rotational motion, you can incorporate an accelerometers sense of gravity to create a reference frame. You can additionally add information about the Earth’s magnetic field to align the whole sensor to the Earth’s frame.

IMUs are just one part of a larger sensor market that’s seen strong demand lately. One significant trend driving this growth is increasing demand for MEMS (microelectromechanical system) devices, which are generally 20 micrometers to 1mm in size. Ever-shrinking device sizes puts pressure on component manufacturers to shrink their form factors to microscopic proportions, between 1 and 100 micrometers. The sensor industry is following suit, reducing their form factors as well.

Beyond physical size, several other trends are also impacting the future of sensors. Price sensitivity is increasing, as an expanding set of applications drives demand for lower-cost mass production of sensors. Meanwhile, the sheer volume of sensors being demanded by smartphones is driving down the cost of MEMS inertial sensors, so they’re being put to use in more and more products, but companies still run into technical challenges while actually using them.

Efficiency is becoming more critical industry-wide, so component-level power consumption is another growing concern. At the same time, the expected usable life span is also expanding on sensors for certain applications. For example, a chip used in an industrial automation application may need to run for a decade or longer, as compared to one in a consumer device, where just a few years of expected life are acceptable. The requirements for sensor quality and test conditions will also differ across consumer electronics, automotive and industrial applications.

As you’ve seen, IMUs are used to measure acceleration, angular velocity and magnetic fields, and, when combined with sensor fusion software, they can be used to determine motion, orientation and heading. They’re found in many applications across consumer electronics and the industrial sector. In our next blog post, we’ll dive deeper into gyroscopes and what they’re used for. 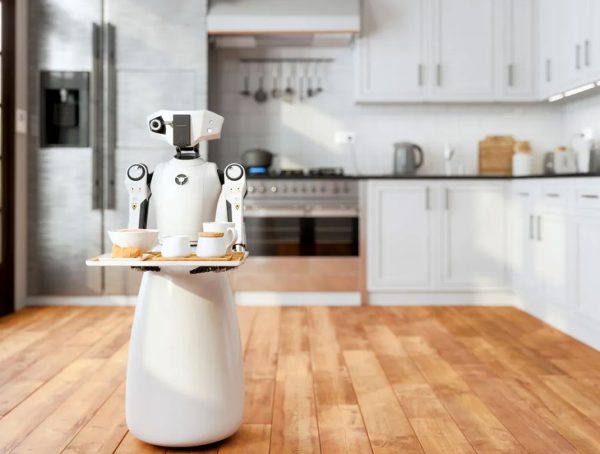