Wearalone – A New Breed of Wearables Can Finally Hit the Target

LG’s Watch Urbane 2nd Edition is the first Android Wear device with 4G LTE wireless communication. Samsung Gear S2 3G is another serious attempt in making a smartwatch that features its own cellular modem and isn’t tethered to a smartphone to make phone calls and get hooked to the Internet, or in other words, a wearalone smartwatch.

A wearalone smartwatch has its own cellular modem, SIM card and associated mobile data plan and is therefore able to make and receive phone calls, send and receive text messages, and get turn-by-turn directions using voice commands and text-to-speech technologies as the primary user interface, all that without the need for a smartphone around.

The far bigger prize, however, is connecting the watch directly to the web to open up a whole new realm of opportunities in the form of thousands of specialized apps, services and features. A tiny smartphone with a wrist strap at the intersection of mobile and wearable computing domains can set off the next trillion dollar industry. Vendors of cellular modems that have thrived during the smartphone and tablet revolution of the past decade will have another strong growth engine as wearalone devices start shipping in high volumes. Wearalone Can Finally Define Clear Use Cases for Smartwatches

A wearalone smartwatch sets a new ground in the Internet of Things (IoT) arena. Inevitably, it’s going to be a far more powerful product than a smartwatch tethered to smartphone, which is a mere smartphone accessory without a clear use case. For a start, a standalone smartwatch will increase the number of functions while performing common tasks in lesser time and with greater ease.

A wearalone smartwatch can be a true smart assistant that brings convenience benefits that smartphones can’t offer in certain environments. Fitness use cases are classic examples where a standalone smartwatch has a clear advantage over a bulky smartphone worn on the arm. If the smartwatch can connect to the cellular network and to the Internet on its own, there’s no need to carry a smartphone when jogging or exercising at the gym, for example.

However, these are still the early days, and the wearable computing landscape is continuously evolving. The vision of a fully functioning cellular-connected smartwatch which is more than just a companion or notification device has daunting design challenges ahead of it.

Smartwatches require designated chipsets to steer clear of large and clunky batteries. This becomes far more evident in the case of wearalone devices, which incorporate power hungry cellular modems. The LG Watch Urbane 2nd Edition has one of the biggest batteries—a whopping 570 mAh—to carry on for a day or so. It’s almost twice as large as the batteries in the Huawei Watch or the Samsung Gear S2 companion-type smartwatches.

The introduction of cellular communication adds to the already intensive design challenge of cramming all necessary hardware into the tiny form factor of a wearable device. Adding a cellular antenna and modem, be it 3G like in the latest Samsung smartwatch or LTE like in the latest LG one, is not a trivial task.

A possible size reduction that can ease this task could derive from using an integrated application processor (AP) which also includes a cellular modem. Examples for such integrated APs include chips by Spreadtrum and Leadcore, both with CEVA DSPs powering their integrated cellular modems as well as other functions. Another remedy could rely on the strap of the smartwatch to contain some of the hardware and some additional juice required to lengthen battery life. Such a smart strap could compensate for the extra power consumed by the cellular modem in a wearalone device. In the absence of a smartphone, wearalone devices have to provide a more complete user interface which covers all features, including the ones that used to be provided by the tethered smartphone, such as voice communication and control of mobile Internet and apps, mainly through voice activation. For that, voice processing DSPs are required, one to handle voice communication and another to handle always-on voice trigger and control. The latter has to consume extremely low power to avoid rapid battery drain.

Before the introduction of wearalone devices, sensors on the wearable device could easily send all gathered information to the tethered smartphone for processing through Bluetooth Smart. However, wearalone devices don’t have that privilege anymore and should now have their own sensor hub to process all that sensor info on the device itself. Furthermore, in order to prevent high power consumption of the cellular modem, the wearalone device should incorporate local intelligence that will allow it to process most of the sensing data locally and provide contextual awareness and quantified-self information without the assistance of a cloud service.

A standalone smartwatch would require a DSP for efficiently handling tasks such as voice activation, sensor fusion, sound sensing and analytics and audio playback. Here, the CEVA-TeakLite-4 DSP engine allows smartwatch chipset designers to incorporate all that functionality along with connectivity using a Bluetooth and Wi-Fi-enabled processor core. CEVA’s RivieraWaves Bluetooth and RivieraWaves Wi-Fi support traffic arbitration to avoid interference between Bluetooth and Wi-Fi signals at lowest power and smallest footprint for wearable devices. Together with CEVA’s 3G and LTE platforms, designers can have a complete connectivity and communication solution for their wearalone chipset design. 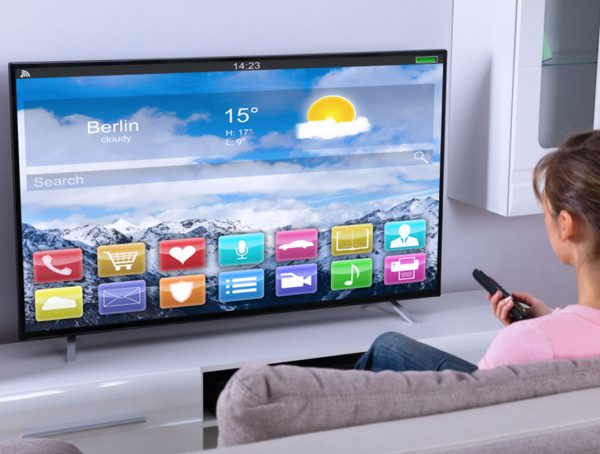