Hearables: Fitting the Internet of Things Inside Your Ear

In one of the most momentous scenes of the movie Steve Jobs, the character of Jobs says to his daughter, “I’m gonna put a thousand songs in your pocket”. He says this in reference to her Walkman cassette player. He then adds, “we’re not savages” to express his disgust in the bulky, brick-like 1980’s contraption. The scene creates a mythic origin for the conception of the iPod. While the iPod had a huge impact in its time, today, things are quite different. Instead of putting a thousand songs in your pocket, you can put a thousand songs in your ear. So, it’s not surprising that Apple was one of the first companies to coin the phrase ‘hearable’ for in-ear wearable devices, in conjunction with Nick Hunn in 2014. Looking forward, these may be the most interesting IoT products over the next few years.

The ear is a strategic location for a wearable device. The most obvious advantage is for anything sound-related. Music, phone calls, and smart assistance are clearly best served by hearables. It is also a good point for pulse detection, as well as for other vital signs and a can be used as a fitness tracker and health monitor. The ear is also an excellent position for bone conduction, which improves sound quality by picking up vibrations from the bones, instead of from the air. The challenge, though, is to pack all these functions efficiently and seamlessly to fit comfortably in your ear. Can tiny earbuds replace almost all of the functionality of other devices?

Hearables on the market

For a superb survey of all the hearables available and coming soon, you should check out The Complete Guide to Hearable Technology in 2016. In addition to a comprehensive list of devices, you will also find useful information about relevant patents, forecasts, and some rumors about hearables.

One of the pioneers in the category is the Bragi Dash. These completely wireless earbuds track pace, steps, cadence and distance, as well as measure heart rate, oxygen saturation and energy spent, making them ideal for fitness monitoring. While the Dash has been praised for its innovation, it has also received criticism for not fully delivering on all the features that were promised when it was funded on kickstarter. The inner workings of the Bragi Dash (Credit: Bragi)

Samsung recently released a vibrant launch video for their Gear IconX, showing athletic dancers breaking free of headphone wires, with the catch phrase “Lose the wires, free your moves”. The IconX specifications include sensors for heartrate, accelerometer, and capacitive touch, Bluetooth Low Energy (BLE) connectivity and 4 GB of memory. Coincidentally (or not), the IconX can hold a thousand music tracks on the device, in addition to the streaming option. Rumors are also circulating that Apple will soon release their own hearable. As with other Apple products in the past, this could give a crucial boost to the hearable market, and lead to a spike in sales.

Another interesting market segment that is intertwined with hearables is the realm of smart hearing aids. Utilizing the connectivity and intelligence of IoT technology, hearing aids have become much more than simple amplifiers. Equally intriguing is the flip side of this – Personal Sound Amplification Products (PSAPs). These are hearables that use hearing aid technology for individuals without hearing impairments, and can give them super-human hearing. Another related use case is instant translation. Hearables like the Pilot by WaverlyLabs promise to remove all language barriers, by implementing machine translation in a small earpiece. As shown in their promotional video, this allows individuals to communicate even if they don’t speak the same language, without having a phone or a tablet interfering with the conversation.

Earlier this year at MWC in Barcelona, I had the opportunity to try out the Sony Xperia Ear. This hearable had some attractive features, but, disappointingly, it wasn’t always-listening. If you’ve caught my previous posts, you may be familiar with my view that a good voice-activated user interface must have true always-on capabilities. The difference between real voice activation versus tap-then-speak functionality is just the push of button, but it radically changes the user experience.

The success of the popular Amazon Echo hinges on its always-listening capabilities. The same goes for the highly anticipated Google Home, announced at the latest Goolge I/O convention. These conversational assistants are designed for home use, so they are always plugged in, and can be always-on without being very efficient. But, the clear next step for these internet giants is to have their assistants in a portable package, so that they are with you everywhere you go. Because, besides assisting with information like weather and directions, theses assistants are mainly there to make online purchasing more convenient and therefore more frequent. Of course, the digital assistant defines which online store is used, whether it’s Amazon or a competitor. Therefore, a round-the-clock always-listening assistant translates directly to more revenue. Amazon already made a move in this direction with the Tap version of the Echo. But again, disappointingly, this device is not always-listening. In my opinion, the next evolution step for digital assistants is to be in your ear, everywhere you go and always-listening.  For hearables, even more than any other device, this is a critical feature. But, due to constraints of power consumption, size and weight, the challenge of making them always-on is even greater than other devices. Nevertheless, a chip like the one by DSPG powering always-on voice activation on the Samsung Galaxy S7 could easily fit for such a task.

Those same constraints also lead to another problematic issue, which is battery life. There are all kinds of attempts at enlarging the battery, like connecting the right and left earpieces with a wire and an extra battery module, as in the Vi, or an over-the-ear piece, like Freewavz. But the small, elegant, earbud style hearables that are truly wireless, cannot last much longer than three hours without a charge. This makes them fine for a workout, but not feasible for a full day of tracking, making calls, and listening to music, not to mention having an always-on personal assistant.

A while ago, I wrote a post about the wearalone, a breed of wearables that do not require an additional device to pair with. Many of the challenges of wearables stand-alone are even more accentuated for hearables. But, with the right solution, all these obstacles will be overcome. Then, with the addition of an efficient LTE solution, hearables could become wearalones and break the traditional paired-device link to a nearby smartphone.

Once hearables are truly always-on, and can be in your ear all day without charging, that will be revolutionary. With a barely noticeable earbud, similar to the one in the Spike Jonze film Her, able to sense, track, and assist, maybe we’ll be able to get rid of the bricks we carry around called smartphones. After all, we’re not savages.

CEVA is at the forefront of overcoming the challenges of low-power, high-performance intelligent, connected devices. Click on one of our leading solutions, to find out more: 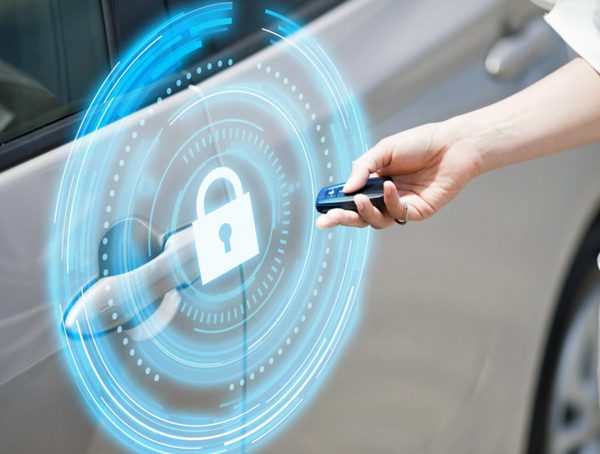